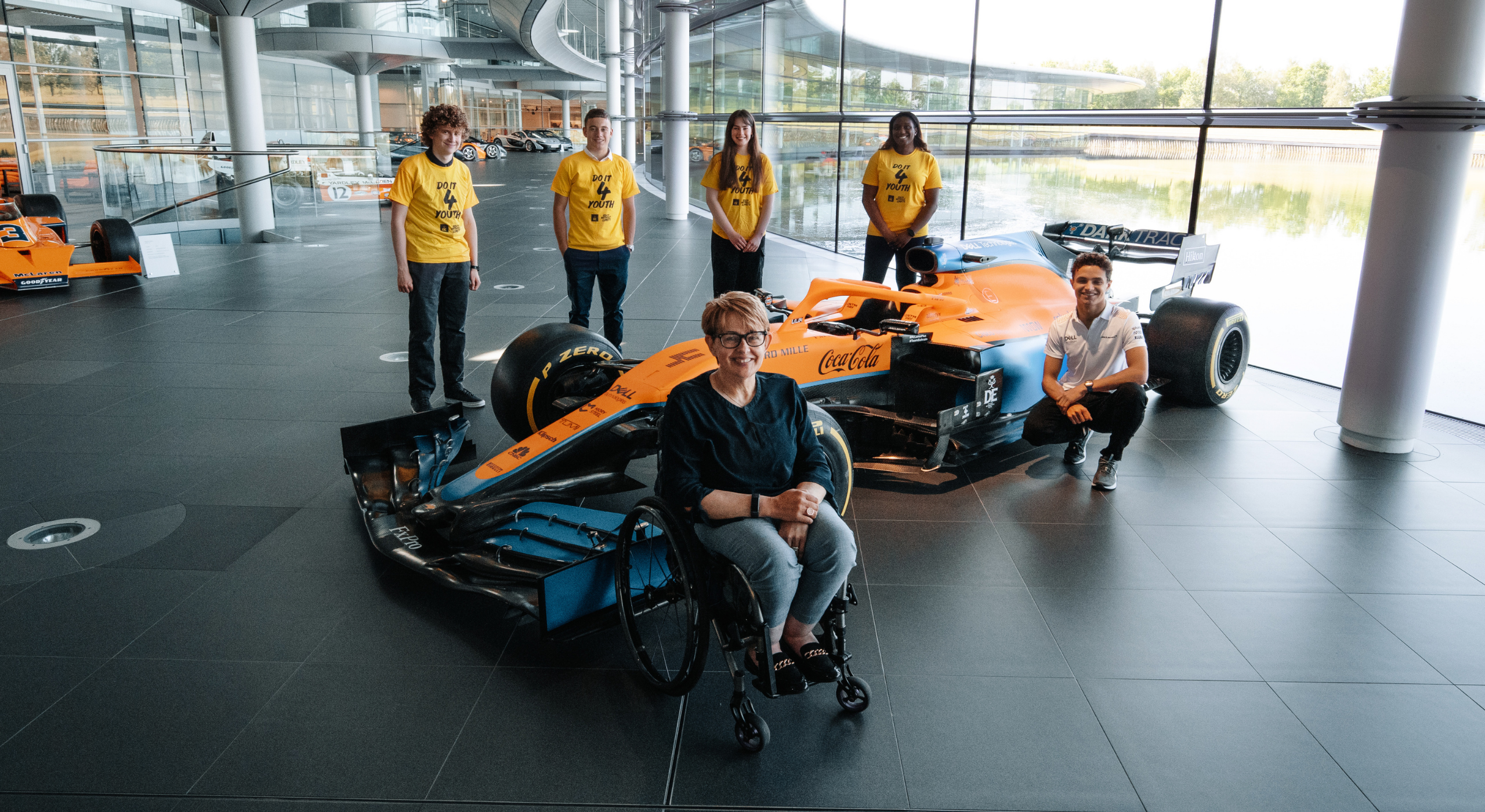 This summer, McLaren Racing is partnering with the Duke of Edinburgh’s Award for a new DofE inspired fundraising challenge #DoIt4Youth.
Discover More

The key themes behind the challenge are core values shared by both McLaren and DofE: resilience, teamwork and mental wellbeing, and the vital funds raised through the campaign will enable more young people across the UK, regardless of their background, to take part in the Duke of Edinburgh’s Award.

As part of the fundraising challenge McLaren Racing has donated a fabulous prize two VIP passes to the 2022 British Grand Prix with McLaren, including behind-the-scenes access to the team and full hospitality, a tour of the paddock and McLaren garage, and a meet-and-greet with the McLaren Formula 1 drivers. To take part simply Text dofe to 84903. Each entry will incur a discretionary £10 donation to the DofE charity.

The Duke of Edinburgh’s Award has a 65-year history of supporting young people and helping them find belief in themselves and Do It 4 Youth kick-starts a five-year plan by the charity to get a million more young people from the hardest hit communities to take part in the award scheme to help build resilience, confidence and to feel strong, powerful and limitless.

McLaren Formula 1 driver Lando Norris, was recently joined at McLaren Technology Centre in Woking, UK, by a group of local young people who are taking part in the Duke of Edinburgh’s Award and Do It 4 Youth. The young people had the opportunity to meet Lando, discuss their own DofE Award experiences, and have a tour of the facility, before taking part in a pit-stop challenge, inspiring teamwork and resilience, to help them ‘skill up’ – a key pillar of the Do It 4 Youth campaign.

A voluntary donation of £10 to the DofE charity will be taken 60 minutes after the entry text was received, unless you reply to 84903 with the word CANCEL before 60 minutes has passed.