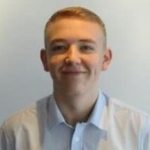 Daniel is a DofE Ambassador at The Kidsgrove Secondary School in Staffordshire. Daniel is an enthusiastic ambassador who spends most of his spare time assisting the school’s DofE group and volunteering on expeditions.

As a DofE Ambassador, Daniel uses his own Bronze and Silver experiences to encourage and support young people to take part in their DofE. Daniel says, “The best thing about being a DofE Ambassador is that I know that I am part of a team that encourages young people to be involved in the Duke of Edinburgh’s Award”.  He is always willing to offer help and support and enjoys attending the expeditions and seeing the young people he has supported complete their DofE journeys.

Since becoming a DofE Ambassador, Daniel says his confidence and communications skills have improved, stating “My self-confidence has definitely shot up since being an Ambassador as the role has given me the opportunity to meet so many new people.” He continues “I have learned a lot of communication skills whilst being an Ambassador because I need to be able to project the amazing benefits of the Duke of Edinburgh’s Award across to young people to encourage them.”

Daniel really enjoys being a DofE Ambassador and strongly supports the programme saying “If anyone has the opportunity to join the DofE Ambassador team then go for it! It’s amazing the events and roles you get to be involved with.”

Daniel is proud to assist in the delivery of the DofE at The Kidsgrove Secondary School. He says, “The people involved in The Duke of Edinburgh’s Award are absolutely amazing so for me to say that I am part of that team is an incredible honour and I hope the next generation of DofE Ambassadors will feel the same way!” 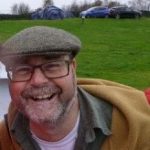 Nick is a geologist and teacher and has been taking groups to explore exciting locations, including volcanoes for over 30 years. He says he has “The best job in the world”. Due to his love of the outdoors and his sense of adventure he is now the DofE Manager at Kidsgrove Secondary School where he has been delivering the DofE for nine years.

Nick has two DofE Ambassadors at the school, Daniel and Josh. Nick says “The advantages are enormous in having an Ambassador. Existing students have a superb role model to aim for in Daniel. He and Josh are true ambassadors for the DofE programme at Kidsgrove Secondary School.”

When asked what he likes most about having an Ambassador, Nick replied “What we like most is to see how far Daniel has progressed. He has gone from a quiet unassuming young man who genuinely couldn’t read a map…and blossomed into a dedicated, hard-working, confident, inspiring and thoroughly delightful young man.” He continues “it is safe to say that having Daniel and Josh as DofE Ambassadors has been an inspiration to both students and staff. Daniel and Josh have been a constant presence in uncertain times.”

Nick concludes “Our ambassadors are genuinely an integral part of our DofE team.”