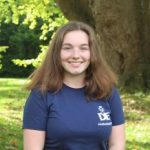 Molly is the DofE Ambassador for King’s Ely, she loves the challenge of being an Ambassador saying “there are always questions to be answered and I look forward to giving my best response.”

Being a DofE Ambassador has helped Molly achieve her personal goal of improving her confidence. She has led presentations, helped with school open mornings and has been able to confidently speak about her own DofE journey to large groups of people. Molly says “I definitely think I have become more confident. I now have the courage to talk openly about my experiences throughout the Awards I completed. Many younger students now look to me for advice which is great.”

Molly says her favourite part of being an Ambassador is helping others and helping the Year 10 participants with their expedition routes.  She says “the best thing about being a DofE Ambassador is that I am able to help others to complete their DofE which is really rewarding.”

Molly encourages anyone given the opportunity to become an Ambassador, to take the chance. She says “Give it a go. At first, you may be shy and anxious like I was, but by the end of it you will have the confidence to speak well and help others going through their DofE .” 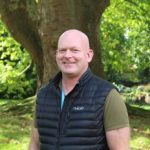 Martin is the DofE Manager at The King’s Ely. He has been involved with the DofE for almost 20 years, starting as an Expedition Assessor.

Martin says that having Molly as a DofE Ambassador has been a great asset to the school’s DofE programme. Molly has been an enthusiastic helper who has assisted with the promotion of the DofE and held support meetings for parents and participants. Martin adds “hearing the participant perspective on DofE allows us to adapt the programme to enhance the opportunities for all participants.”

In Martin’s opinion, the best thing about having a DofE Ambassador is the inspiration that they bring when supporting the younger students. He says “The best way to inspire new participants is for them to hear from an active DofE student that has completed previous levels of the DofE and who can articulate the many benefits of participating in a DofE programme from their own personal experience.”