Congratulations and thank you to Barry Jackman, who recently received a Long Service Certificate for an incredible 47 years of volunteering with the DofE! Let’s hear his story:

How did you first become involved in DofE?

“I remember undertaking the Silver expedition in the New Forest around 1961 when I was 15 and it was incredibly hot. In those days you could camp anywhere but it was courteous to let the local ranger know where you were and he would usually drop by in the evening to make sure the campfire was safe!

Although I completed the Silver Award, the teacher left and we became more exam focussed so it was not until I qualified as a teacher that I was recruited as a volunteer. My first post was in Leigh Park, Portsmouth, a large housing estate where, with the help of The Army Youth Team from Winchester, we introduced “adventurous training” to reluctant learners. Around 1970 we joined Cowes High School where the DofE took off and became one of the largest groups in England. Young people gained all three levels of the Award which meant that we were able to be guests at Gold Award ceremonies in London. I have a photo of my son sat in a washing up bowl in a mini-caravan on Exmoor when he was less than six months old. He is now approaching 50.”

What did you enjoy most about being a DofE volunteer?

“Watching young people gain in confidence and achieving success when faced with a challenge (learning to deal with the disappointment of failure).

Watching young people develop the social skills that enabled them to live in harmony with others.

What would you say to anyone considering taking part in the DofE?

“It will change you.

You will meet people from different walks of life which will challenge you in many different ways but what you learn from them will make you a far better person; a much wiser and tolerant human being.

When I took over as an Area Co-ordinator for the DofE in West Sussex, my predecessor was 64 and I was about mid-30. I thought the Award Scheme needed fronting by a much younger person and now I am 10 years older than him so I guess it is now time to watch from the side-lines.

I have a box of photos and a host of memories to remind me of some good times.” 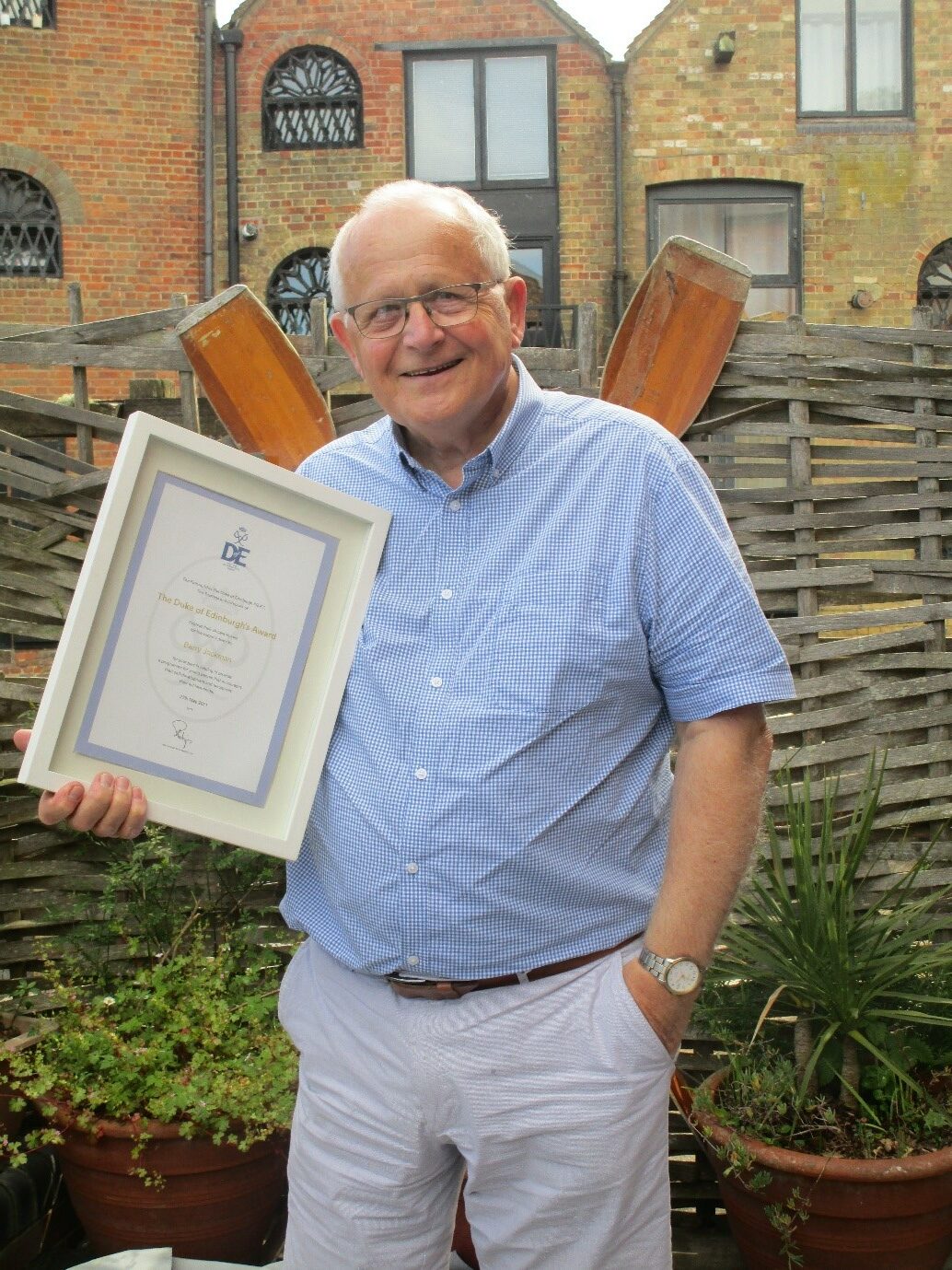