Beth’s story in her own words: 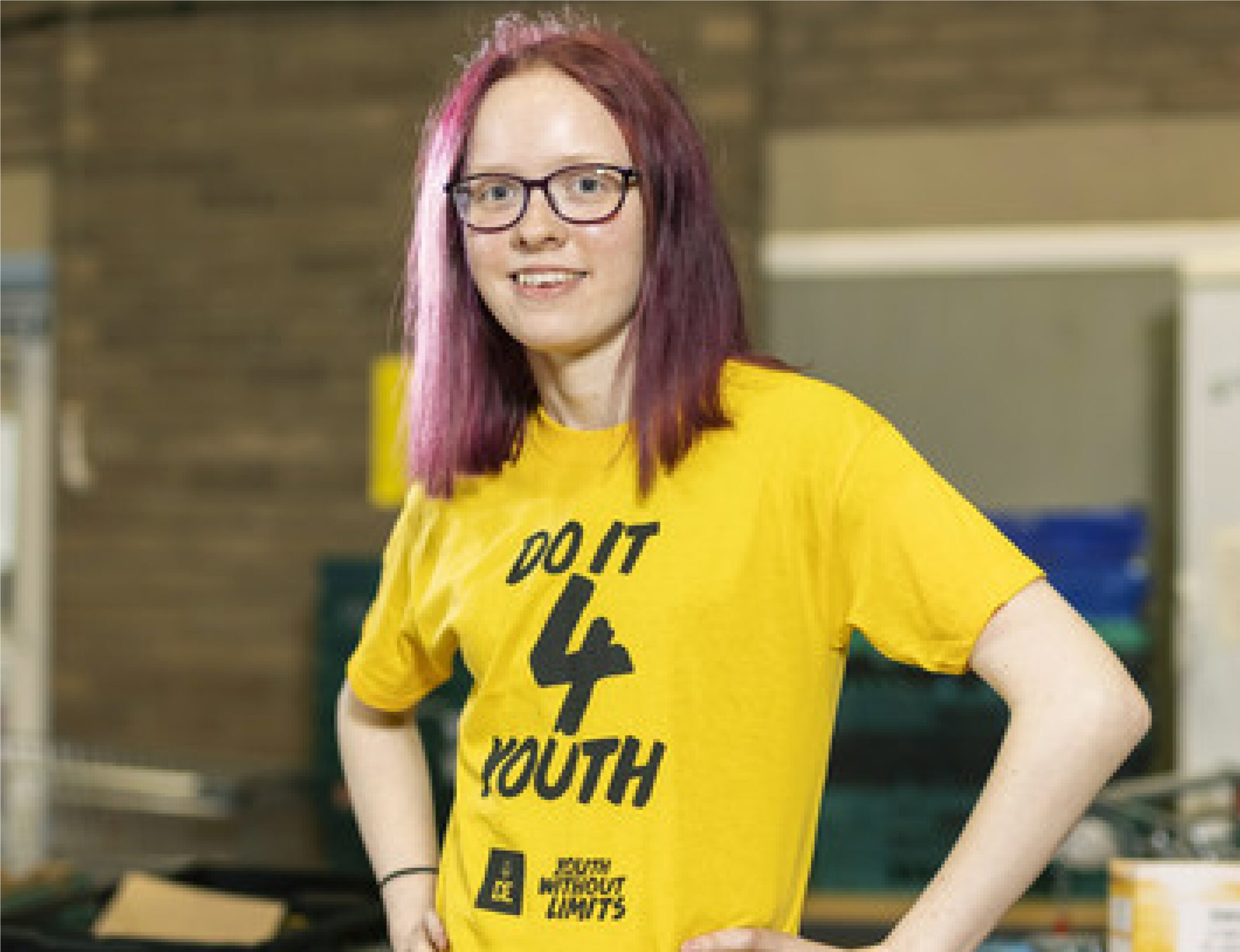 “I saw posters around college about the DofE so I contacted the DofE Central England found the contact who runs it and signed up in December 2019. It had always sounded really interesting, and I wanted to gain new skills and opportunities that I had missed out on in the past. Doing it through college felt like a second chance.”

“I was about 13 when I started having intrusive thoughts, sort of OCD of the mind, along with depression and social anxiety. It was debilitating, I struggled to do normal things, basically it affected everything, life in general, friends, schoolwork but the biggest impact was definitely on my confidence. I’d heard about DofE in a school assembly but I just thought I would never be able to do it which I really regret.”

“I got better by speaking to people and becoming more active in school and then college and keeping active, going for regular walks which really helped. DofE has helped too because achieving things is what builds your confidence.”

“For my skills I originally started taking driving lessons but Covid happened so I switched to learning British Sign Language because I saw the course and it sounded interesting. I think it’s important to learn, it should be taught in schools because you never know when you might need it and, for some people, it’s their only way of communicating. Even just knowing the alphabet is useful. I’m studying health and social care at Sandwell College and planning to go to West Midlands Ambulance Service to be a student paramedic so BSL could definitely help with that.”

“For my physical I had started going to the gym then moved to home workouts in lockdown but walking has been the biggest thing. I was involved with a College challenge where we had to walk a certain number of miles and had a leader board, competing with other colleges. I had been scared that lockdown might mean I started to get issues again but walking kept me active, provided as a distraction and helped with my confidence as I walked further and further. Also being in the fresh air, outdoors and walking in a lot of nature areas, I’d find myself admiring the beauty of the place rather than focusing on my thoughts and worries.”

“I started volunteering just after lockdown began with Kiss it Better, an organisation that tries to prevent social isolation amongst the elderly. They would have a calendar of Zoom meetings and I would log on to the ones I could and talk to the elderly and send cards that were distributed through hospitals and care homes. It was great hearing about their stories, asking them questions about their experiences, I had a lot of fun. I also went on a course to learn about how dementia can affect people and I’ve also become a DofE ambassador.”

“Covid delayed our expedition but we’re hoping to do it next year, I am nervous and excited. It was always the part of the awards that I most looked forward to because it sounded such a once-in-a-lifetime, unique experience but I knew it would be a lot of walking.”

“The DofE has taught me that anything is possible. It has really boosted my confidence, especially recently when I’ve been speaking to media as an ambassador, I’d never have been able to do that before.”

“I became an ambassador in January and have been going into college, went to Birmingham Cathedral after the Duke’s death and have been on BBC West Midlands. I know how important the DofE is and I’d love to get more people experiencing that amazing opportunity. It provides unique experiences, life-long confidence and self-belief, lessons you don’t always learn in school.”

“DofE provides so many opportunities and experiences, it’s made a real difference to me, given me a confidence that I wouldn’t really have got anywhere else. My only regret is that I didn’t start it sooner.”