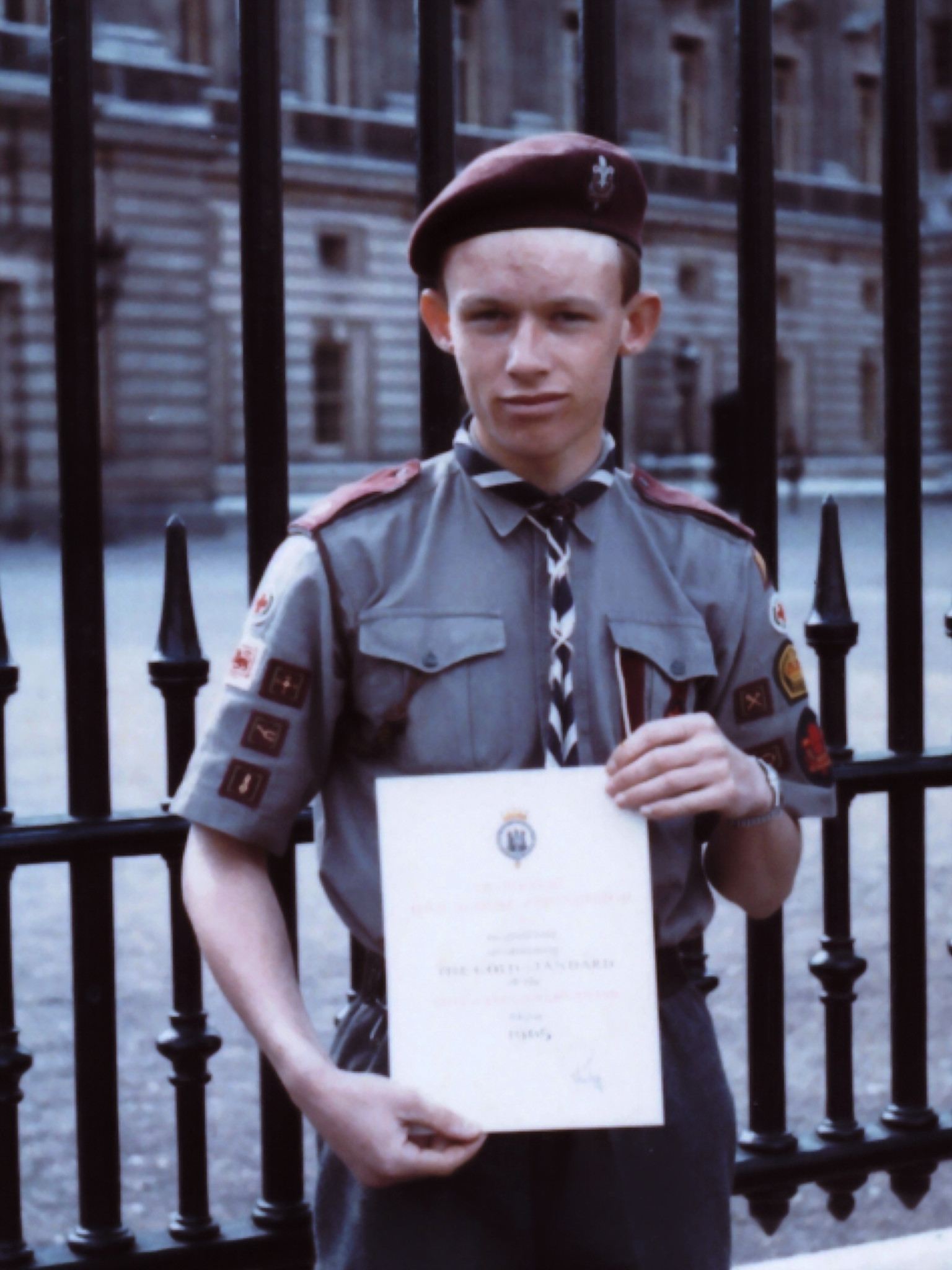 I first heard about the Duke of Edinburgh’s Award in the early 1960s and worked through the levels in parallel with the qualifications needed to become a Queen’s Scout. I received my Gold Award at a ceremony at Buckingham Place in 1965 and my photograph was published in a local newspaper. I was also a keen rider and my future wife, Helen, and I first met at a horse show in 1960 - we became good friends but lost touch once we passed the 16 years or under age limit in 1962.

In the summer of 1965 Helen was cleaning her hockey boots on a newspaper … through the grime she noticed a face she recognised and read about my Gold Award achievement. She felt this deserved a letter of congratulation which prompted us to meet up again - and this time it was love at first sight!

I had the privilege of meeting the Duke twice and, in addition to his Award scheme bringing us back together, his principles of service and adventure had a strong influence on our married life. In the mid-1970s we decided to move from industry to the NHS where we worked for almost 70 years between us.

When we retired at the end of 2011 we indulged our passion for adventure by spending a year travelling to remote places. We reached Moffen Island, just under 1,000km from the North Pole, and walked on the Antarctic mainland. In addition to Polar bears and Penguins our third ‘P’ was Pyongyang, the capital of DPR (North) Korea, as I had been invited to give a course of lectures at an English speaking university there.

We returned six times over the next five years lecturing, giving English conversation classes and helping to set up a new medical school on the university campus. It was an amazing privilege to be able to use our NHS and academic experience to help the lovely people of this beautiful but often mis-understood country, and subsequently to support graduate students who come from there to study in the UK - we are sure the Duke would approve.