DofE has influenced every part of Luke’s life and future

Luke is the proud achiever of both his Bronze and Gold Duke of Edinburgh’s Award. Having been first introduced to The Duke of Edinburgh’s Award (DofE) when he joined the Jewish Lads and Girls Brigade (JLGB), he wanted to get involved because all of his friends had signed up and he saw it as an opportunity to make new friends and do something out of the ordinary. Luke liked the idea of being invited to a Palace to receive his Gold Award but never thought that he’d make it to that level, he’s incredibly excited to be receiving the award at Buckingham Palace.

During their Gold Expedition section, Luke’s DofE group found that they had to rally together and work as a team more than they had expected to. One of the group members suffered from an asthma attack, and as they reached the summit of Mount Snowdon, she was struggling to breathe and had to be bought down. Due to the 70mph winds Mountain Rescue couldn’t land their helicopter to help the group down the mountain, so for the first time, Mount Snowdon opened its train station to allow the DofE group to come down the mountain so that the team could get their team member the help that was needed. The girl was then reunited with the group the next morning, despite her ordeal and continued to the end of the expedition, achieving her Gold with the rest of the group. 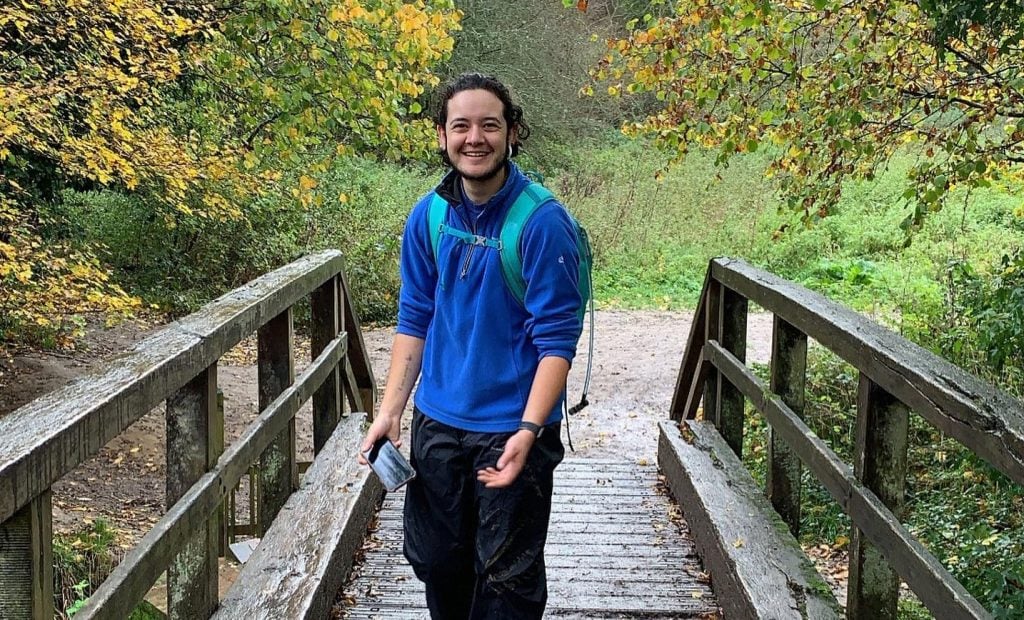 Through his DofE journey, Luke has developed skills that he feels are transferrable to his job at JLGB HQ where he works closely with hundreds of volunteers to ensure that JLGB’s core activities such as weekly groups, community events, leadership training and the general support of all volunteers and helping the D of E team whenever he can; regularly volunteering to lead expeditions with younger participants.

Speaking about his experience of doing his Duke of Edinburgh’s Award, Luke said, “It helped me to fall back in love with nature, I believe it really helped me to realise that no challenge is too big.”

It wasn’t until after his expedition, where he developed confidence that Luke felt it was the right time to come out as Transgender, as Luke had started his DofE journey as a female at 14 years old. The support network of friends, colleagues and leaders that Luke has met through his DofE journey really helped him during this time and accommodated him in any way that they could. Whenever Luke volunteered on expeditions after coming out, the team was incredible; no questions were asked and he continued to be part of the team as usual. Starting his Bronze as a female that didn’t think they were going to make it to the end of the expedition, to finishing his Gold as a man that can take on any challenge thrown at him.

“No matter how indirect it may seem, DofE has influenced every part of my life. I have gained friendships that will last a life time, who have been supportive of me through my personal journey and I have improved my confidence and communication skills, allowing me to take charge and take control of situations.”