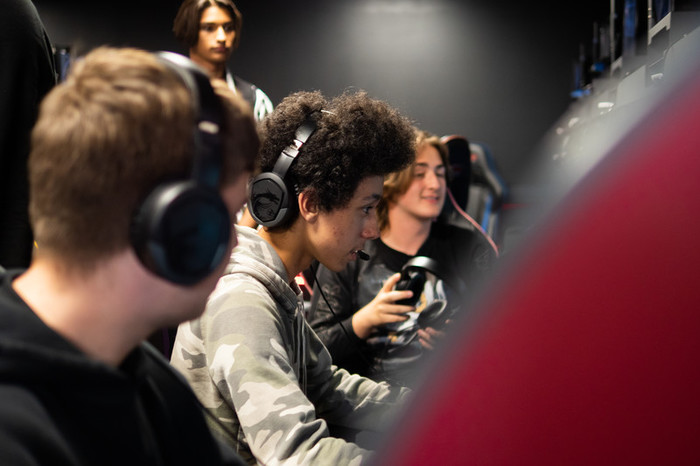 On the eve of World Esports Day (Saturday 23 October), The Duke of Edinburgh’s Award (DofE) has added esports to DofE programmes.

The DofE’s CEO, Ruth Marvel said: “Esports is one of the fastest growing activities in the UK and helps young people develop essential skills. DofE has a proud history of evolving our programmes to reflect the changing interests and needs of young people, so I’m delighted that, following a successful pilot, we’ve added esports to the DofE Skills list.

“DofE is all about helping young people develop themselves, so they have the skills and confidence to make the most of whatever life throws at them. Setting yourself challenges and mastering new skills is core to the DofE experience and esports provides a structured and safe way to do this, while also being a lot of fun.”

Queen Mary’s College in Basingstoke runs the DofE and has esports facilities. James Fraser-Murison, Head of Creative Arts explains: “It’s great to see so many young people gaming as part of a team – making friends in a physical format in a facility like this, and also creating and forging brand new friendships with people they’ve never met before. It’s fantastic that the DofE now offers esports as an option for young people. I’m sure it’s going to prove an extremely popular choice with lots of students.”

Before launching esports, the DofE conducted a pilot which revealed that playing esports helps young people develop skills such as strategic thinking, communication, leadership and teamwork while also helping to develop self-esteem and build organisational and social skills.

17-year-old Brody from Great Yarmouth said: “It’s going to be a future phenomenon. Many people think there aren’t many jobs available in esports, but there are loads from business to playing and shout casting and all the other roles within the esports industry. The fact the DofE is doing esports just gives us more opportunities and more experience to gain skills.”

The many skills needed to become a good player are now widely recognised as useful for a host of digital and business jobs.

In a Censuswide survey of more than 1000 senior business leaders, commissioned by the DofE, eight out of 10 said they would be open to employing young people who have gained transferable skills from esports such as IT, communications, and team building. At the same time, 71% said they could see the educational value of esports, indicating how competitive gaming could help improve future careers.

The British Esports Association (BEA) Head of Education, Tom Dore, praised the DofE for adopting esports into its programme.

“The BEA couldn’t be more delighted that the DofE is now recognising value of esports. Like all traditional sports, it teaches young people many life-enhancing skills. It can also lead to a whole host of exciting education and career opportunities, not just within the global esports industry, but also wider digital, creative and STEM based industries,” explained Mr Dore.

Esports is different from standard video gaming in that it’s a contest involving teams of people playing against other teams, often with spectators. Players work together to compete against others online in games such as Rocket League, Overwatch, and Fifa20.

To be recognised as a DofE Skills activity, esports must take place through an organised and structured adult-led group, such as a school or college enrichment club.

To achieve their Bronze, Silver or Gold DofE Awards young people choosing esports will also participate in a range of other activities. In addition to developing a new skill they will also need to volunteer for a cause they believe in, undertake a physical challenge, plan and complete an adventurous expedition with their peers and, for Gold only, go on a residential trip with people they’ve never met before.