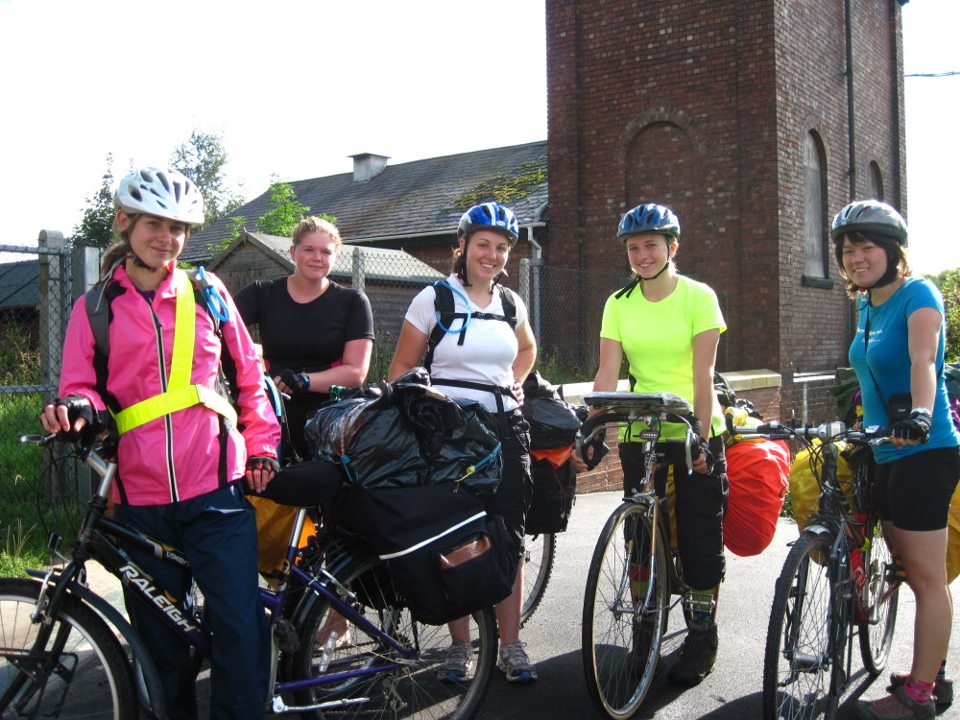 Fiona is an inspirational example of what can be achieved with determination and perseverance despite adverse circumstances. Diagnosed at the age of thirteen with a virus which attacked her nervous system, Fiona was left partially paralysed below the waist. Despite this, Fiona embarked upon her Bronze DofE programme and subsequently her Silver programme, overcoming her physical restrictions by using leg braces and crutches.

The opportunity to get involved with volunteering through her DofE programme particularly appealed to Fiona. She chose to volunteer as a Girlguiding young leader for her Volunteering section for both her Bronze and Silver programmes as she wanted to give other young girls the same opportunities that she enjoyed as a Guide.

Thanks to the support of her peers and Leaders and her steely drive to succeed, Fiona achieved her Bronze and Silver Awards. And fuelled by her achievement and enjoyment of the Volunteering section in particular, Fiona decided to go for her Gold!

However, by the time that Fiona reached sixth form, she was no longer strong enough to walk and became a full wheelchair user. Not one to let anything stand in her way, Fiona embraced the challenge and, through Girlguiding in her home county of Cambridgeshire, set up a cycling team for several girls who were also unable to walk.

Beginning on a hand cranked tricycle, Fiona became frustrated with its limitations and decided to take up the challenge of learning to ride a bicycle by swimming every day and walking in water until she was strong enough to ride.

By undertaking these extra exercise sessions and going on practice expeditions, Fiona’s leg strength improved so much that she was able to walk with some assistance and she completed her expedition by cycling through Leeds and across the Yorkshire Dales. Explaining the positive impact that the DofE has had, Fiona said, “Without having my Gold DofE to work towards, I wouldn’t have pushed myself to learn to ride a normal bike, so wouldn’t have strengthened my legs and would still be mainly dependent on my wheelchair, today.”

For the Volunteering section of her Gold DofE programme, Fiona set up her own Girlguiding Unit for 24 Girl Guides in her local area, running weekly meetings during term times, planning trips, events and camps, as well as looking after the administration of the group. Describing the experience, Fiona explains, “Running my own Unit is a commitment that is hugely rewarding; the girls get so much out of it that it’s completely worth it.”

Having achieved her Gold Award in 2012, Fiona continues to volunteer as a Girlguiding Leader – recently receiving her five year service award; a Network Scout; a first aider with St John Ambulance and a child protection officer at volunteering group, CHaOS. As Fiona explained, “The DofE really inspired me to get involved in more volunteering. Every young person has the right to reach their potential and with the right support and adult help, they can achieve what is best for them. It is really rewarding to be able to help them get there.”

Through her DofE programmes, Fiona also had the opportunity to learn to climb, achieve her 2 star award in kayaking and also learn to glide, even being able to ‘go solo’ and fly alone. And in addition to her extensive list of extra-curricular achievements and voluntary commitments, Fiona has achieved outstanding academic success, gaining both a BA and MSc in Natural Sciences from Cambridge University and is currently working as a Research Chemist before commencing her PhD next year. Giving inspiration to anyone that is considering taking up their DofE challenge, Fiona concludes, “You really can achieve anything if you put your mind to it.”