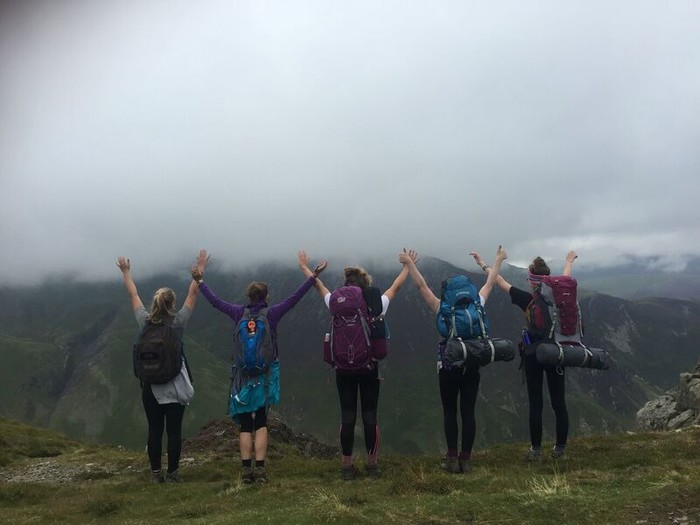 We spoke with one of the Scouts’ DofE Leaders in Kent about how they ran their expeditions with a difference.

1. What were the expedition aims?

Participants did their practice expedition on the North Downs with aims that focused on the impacts of COVID-19 on the local communities, villages and churches.

“One participant lived very close to the area we walked in but she said that, apart from half a day, she was on totally new territory and really enjoyed seeing her home turf from a whole new perspective.”

Participants then completed their qualifying expedition on the South Downs. The teams all had different aims, from researching the unusual and slightly risqué place names, to comparing chalk downland and streamside wildlife, and looking at accessibility for different user groups.

On their practice expedition, participants went home at night to sleep. They arrived promptly each morning, cooked breakfast, did their eight hours of planned activity, pitched camp, cooked dinner, went home, returned the following morning, struck camp and continued with the next day of their expedition.

By the time of the qualifier, participants were able to camp in separate tents as restrictions had eased.

“At the time of booking, we expected to have to be on different sites, with bubbles of six, and own dedicated toilet blocks, so this required a logistical challenge of available sites, but Park Wood, Hillside and Streamside all were a huge help and booked us sites and toilets dedicated to us, and the teams zigzagged between these sites, with thorough cleaning of toilets between team departures and arrivals. By the time we actually started the expedition rules had relaxed slightly, allowing a team of seven to stay together. The expeditions all went entirely to a normal plan, with the exception of carting round the additional tents to each site by the supervisors.”

“Participants were challenged by high winds and driving rain on two of the four days, making them all comment that they might as well be in Snowdonia. The weather continued to challenge us with strong sunshine, so they had to cope with different situations.”

“It was easier and cheaper to run – we didn’t have too far to travel, we could manage easily with three Leaders, and overall costs worked out at around £30 per person for the practice expedition and £55 for the qualifier.”

“At the debrief after the qualifier, we asked all the teams if they thought the event was dumbed down, or if they felt short-changed from not being in wild country. None did, they said the South Downs were more demanding than they expected, they had got away from it all and found real peace and solitude.”

As the Scout sites were not busy, participants often had the whole place to themselves. Some said they would have liked to wild camp. But two others said they had decided not to do Gold until the local option was offered – one because she felt she could not cope physically with the higher climbs, and another for reasons of anxiety.