DofE provides “lifeline” for Harry and his family

The world is an uncertain place for all young people at the moment, but for Harry – who has autism and a rare genetic condition – the enormity of change has been overwhelming.

During the early days of lockdown, Harry refused to leave the house and would follow his mum around, needing security as his anxiety built up. As he continued to watch the news, he stopped sleeping, was anxious and depressed, and became very distressed when any of his family members tried to go out.

“We were prisoners in our own home” says Debbie, Harry’s mum. “I could dash to the shops for essential supplies, but couldn’t do a large shop as I knew I had to get home before Harry realised I was gone.”

Rachel Diss, Harry’s DofE Manager at Beaumont School in Cumbria, got in touch with the family to talk about how Harry might be able to continue working on his DofE from home whilst college was closed.

“We discussed what his options were and decided to suggest he grow vegetables on his allotment and share them out to local people who were shielding from the virus,” says Rachel.

“I spoke to Harry and his mum a week later to find that Harry had gone every day to his allotment to tidy, dig, plant and water this safe space and also help others by watering their allotments.”

From Debbie’s perspective, as well as helping him to support his local community for his Volunteering section, the allotment has been critical to Harry’s wellbeing. 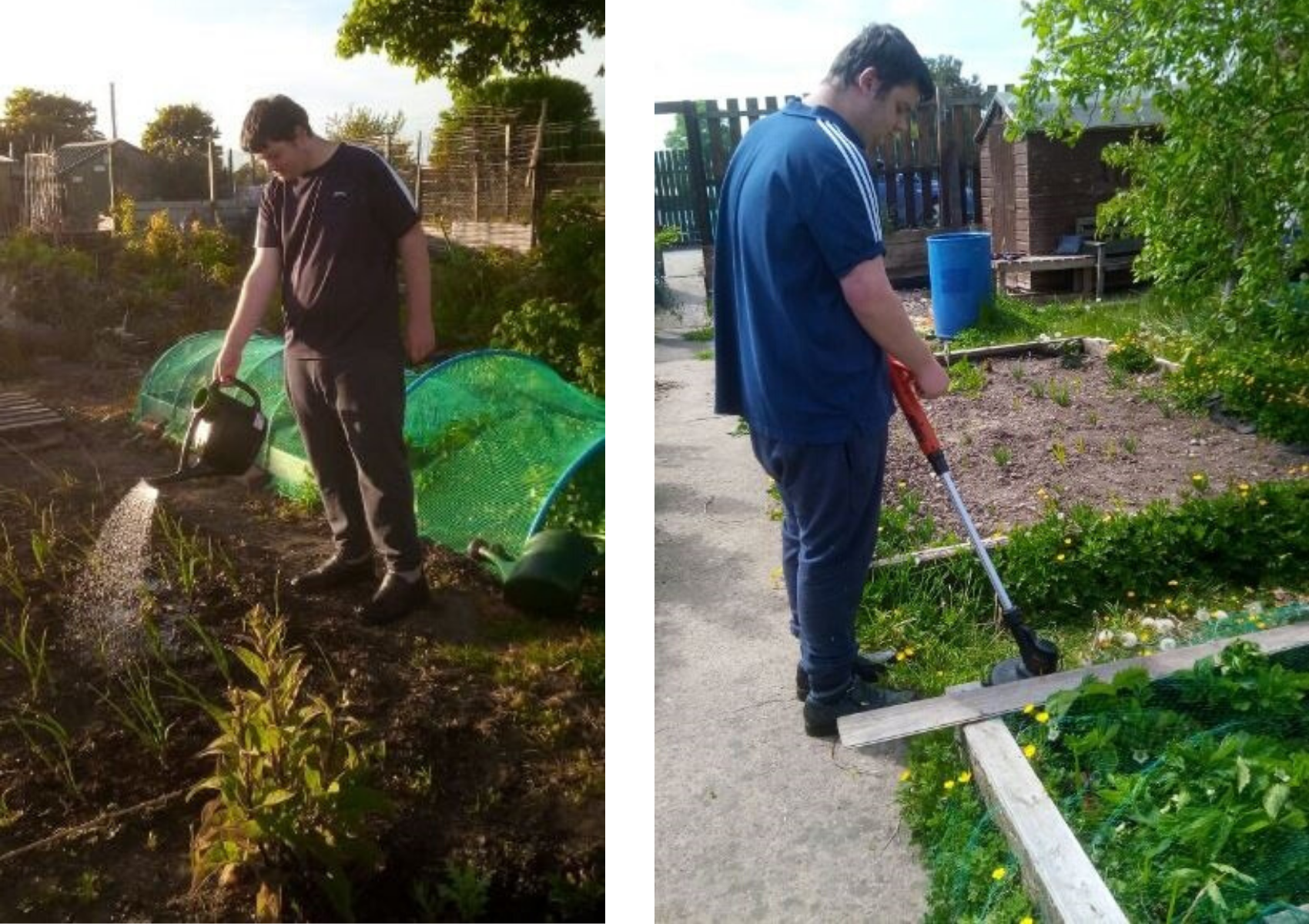 “Working towards his DofE has given Harry a reason to leave the house. As well as the exercise of walking to the allotment, the trips provide valuable social contact for Harry at a time when most other means of social interaction have been cut off and have helped improve his confidence in the current situation. He has started to lose weight, which is important for someone with his condition.”

Although Beaumont College have been providing support for Harry since lockdown started, adding his DofE activities into his daily routine made all the difference; his family are confident that being able to continue working towards his Gold Award is what has transformed his outlook.

“The DofE has been a rescue package as it has given him structure and purpose. It has provided something else for him to think about and has provided an incentive for him to get out of the house, and it has supported us as a family to start to return to normal.

“The DofE has been a lifeline not just for Harry but for our family as a whole. Without the DofE we would not have been able to cope with the current situation.”

Take a look at DofE With A Difference for ideas and advice on how you can support young people to keep doing their DofE during the coronavirus outbreak.