We’ve developed a new Youth Ambassador programme which puts young people at the heart of our work. Over the next few weeks you’ll start to see more of our incredible DofE Youth Ambassadors and hear more about what they’ve been up to since joining us in April this year.

Felix is incredibly determined and is passionate about using his role as a youth ambassador to get the message across that DofE can be a life-changing experience and that young people with a physical impairment or disability can benefit enormously from taking part. Completing his Gold DofE gave him the confidence to go on to row across the Irish Sea on an expedition with his father and next summer [2022] he hopes to cycle from John O’Groats to Land’s End. 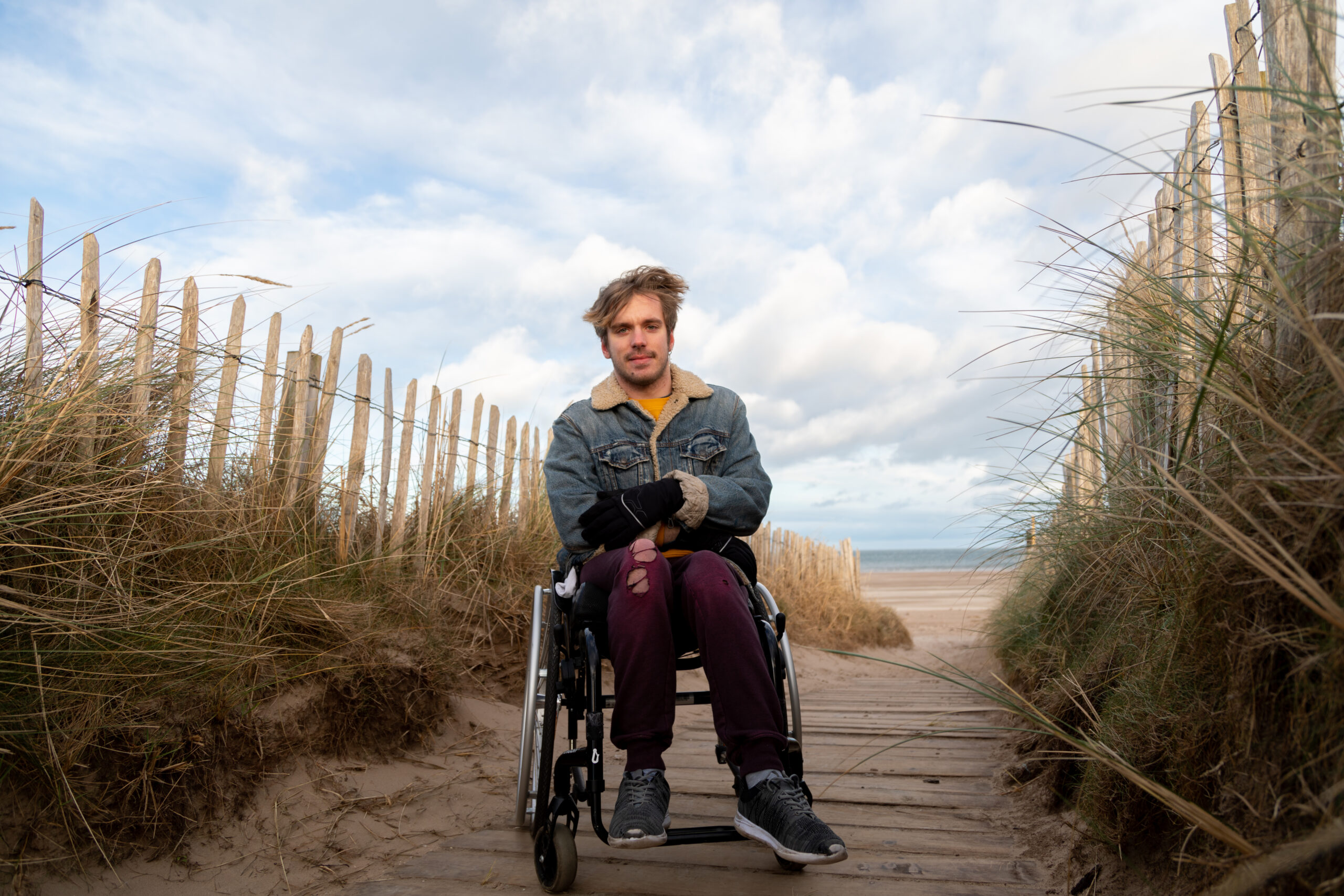 Erin has completed her Bronze and Silver DofE, she’s a Youth Ambassador for Central England, Doing DofE has helped her with anxiety and self -esteem issues that she suffered from a little when younger, and she’s made lots of new friends through activities. She likes helping others and has enjoyed the role of ambassador. She’s passionate about doing her bit for the environment and speaking out about it to inspire others to do the same. 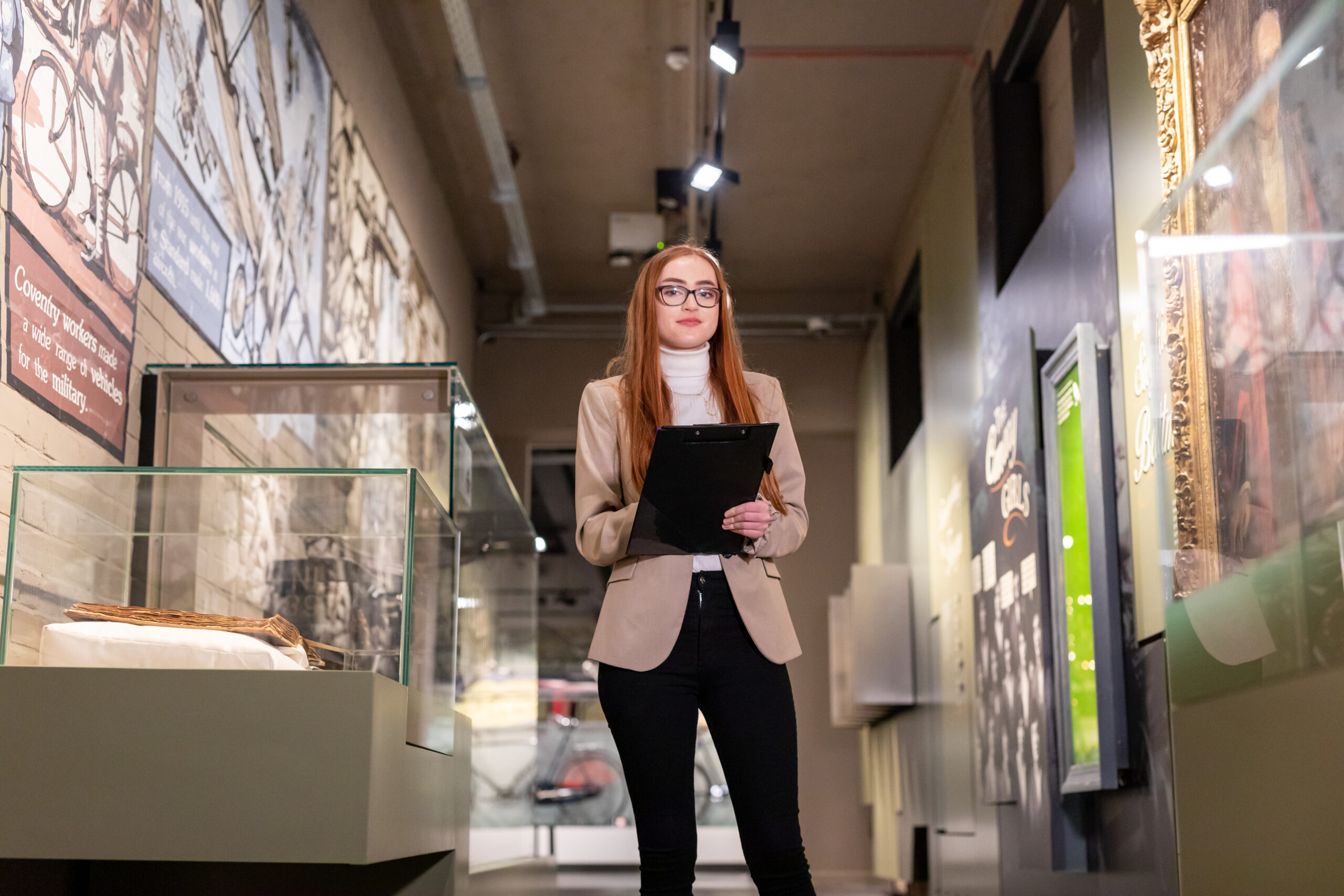 During her Silver Award, Hana was given the opportunity to join a local action group. Her group researched what was needed within her community then took action accordingly by litter picking and providing food boxes for struggling families. Hana became a Youth Ambassador to inspire other young people to get involved in DofE and give a voice to issues that affect her generation. She says DofE provides young people with a vital platform to express their ideas. 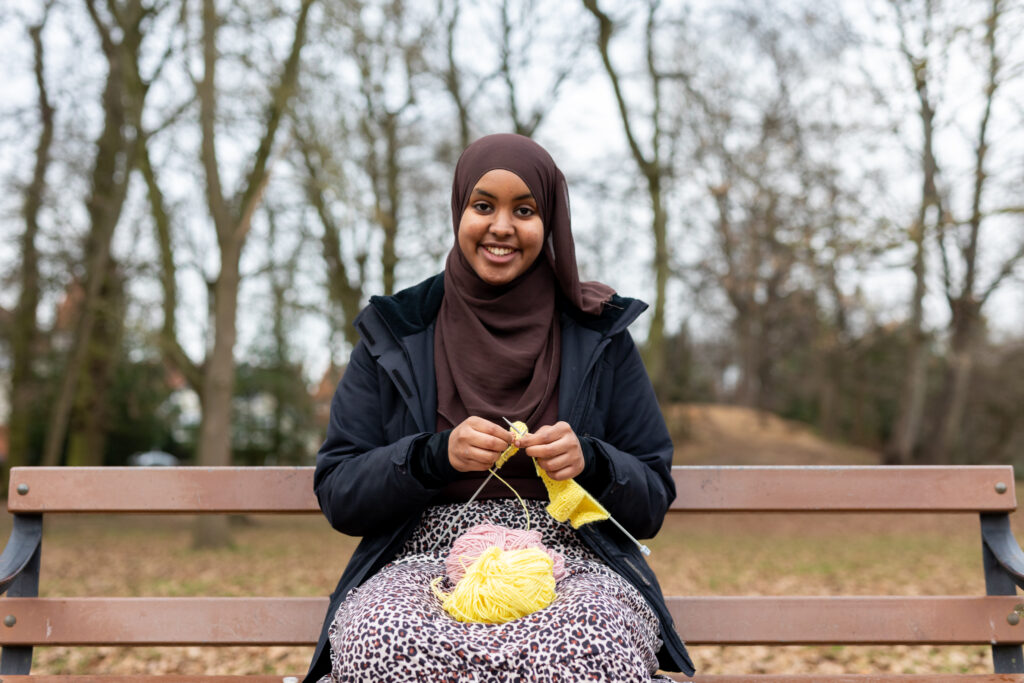 Zaynah is currently working towards her Gold at college. Through her DofE she’s learned skills like being able to work in a team that will stand her in good stead in later life. She wants to follow in her dad’s footsteps and join the civil service, specialising in a field like the environment, before going on to work in politics. She became a DofE Youth Ambassador to ensure young people are heard and have a chance to become more politically aware. 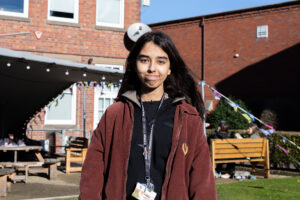 Jack completed his Bronze Award, went on to do Silver and finished his Gold. He has been on a major mental health journey over the last few years and recognises that during one of his worst stages, the DofE was an escape for Jack and led him to be more passionate than he ever was in life and achieve something that he really enjoyed. Jack became a Youth Ambassador to become a vocal advocate for young people’s mental health, particularly in young men. 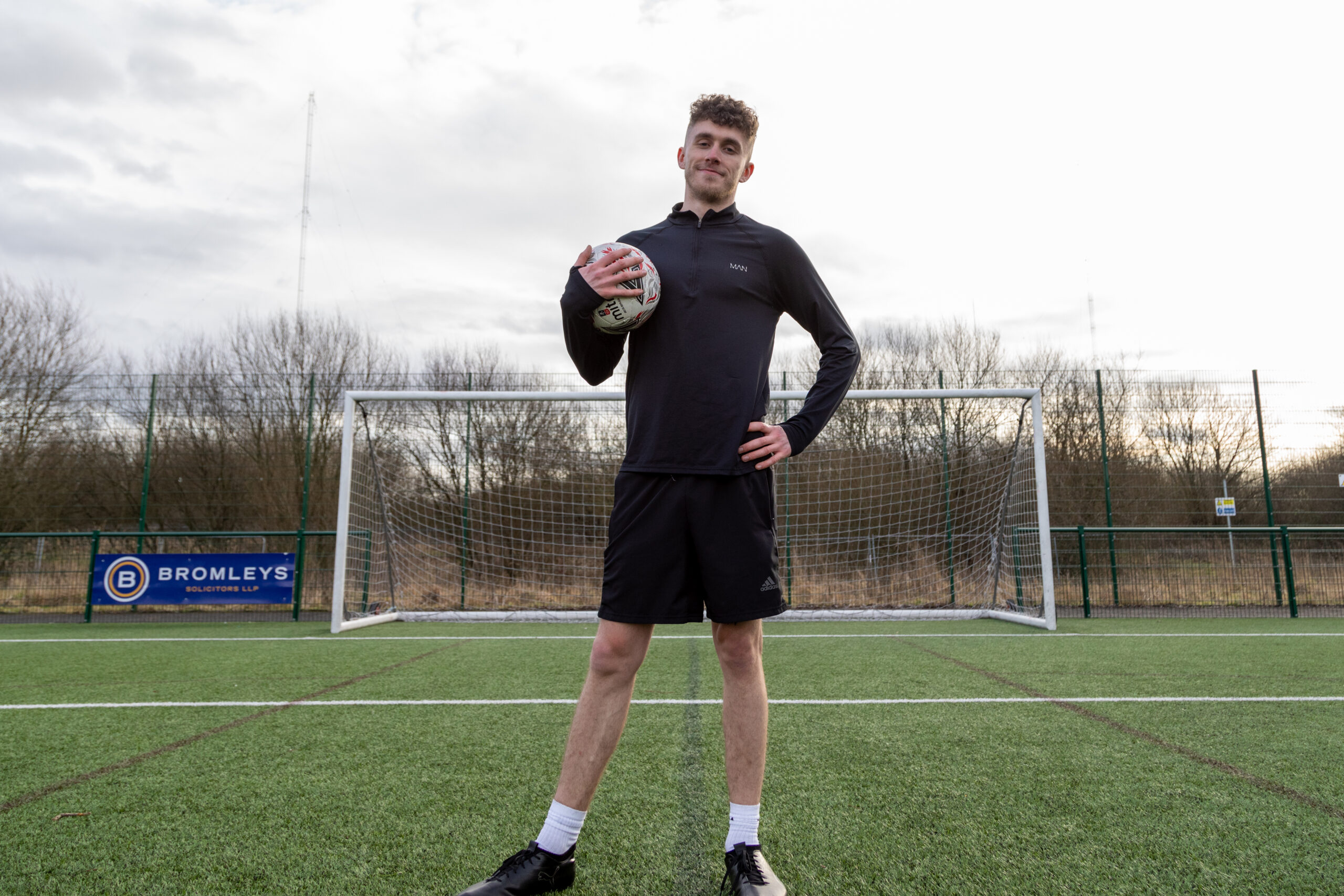 Lola did her Bronze expedition just a week before having surgery to correct a curvature of the spine. Despite being on pre-surgery medication, Lola was determined to do her expedition. She became a Youth Ambassador to encourage others, especially those with disabilities or challenging circumstances, to get involved as she passionately believes that the lessons learned and the opportunities provided should be accessible to all young people. 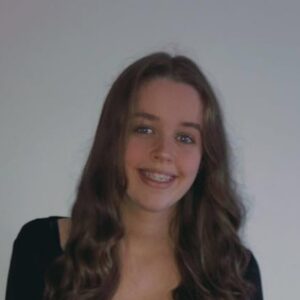 Kayleigh has been working on her Gold DofE Award since 2019 and for her Physical section, set herself the inspiring goal of virtually completing the distance from John O’Groats to Lands End using her manual wheelchair, walking sticks and exercise bike; achieving 526 miles and building her muscle strength and stamina. Kayleigh feels passionate about advocating for people with disabilities and additional support needs through her role as a Youth Ambassador. 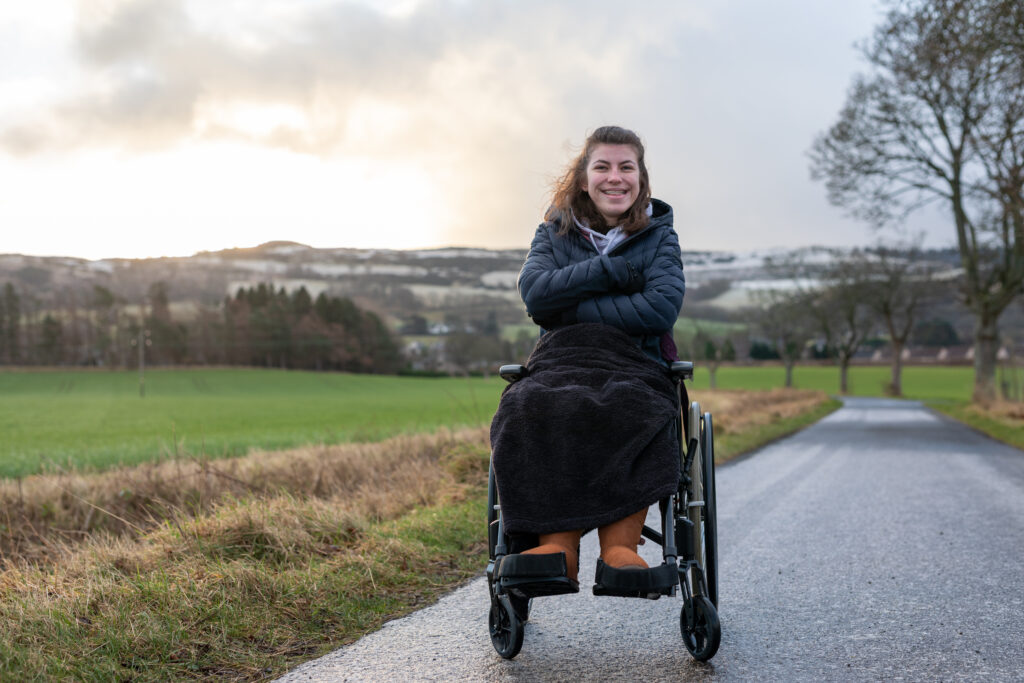 Sophie started her DofE journey back in 2013 and feels that the Award helped her to grow in self-confidence. For her Volunteering section she cared for people in need and is extremely passionate about helping others. This led to her securing a place as a Care Assistant with the NHS as a result of her DofE Award. Sophie applied to become a Youth Ambassador to give back to the Award what it gave to her; hope, self-confidence and improvement with her mood. 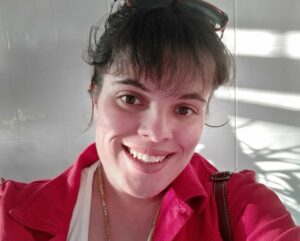 Lowri is extremely passionate about health and wellbeing and through her work in physical and studying adolescent mental health, she believes its vital to have a balance in life. She wanted to become a Youth Ambassador to inspire people to participate in DofE as her experience allowed her to build character and resilience as well as making lifelong friends. 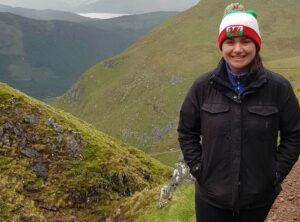 Sian began her DofE journey when she was 13 and worked her way from Bronze to Gold. Having battled an eating disorder in her teens, Sian found herself slipping during lockdown and bravely shared her experience. She was surprised how many people responded, sharing their own experiences and hopes that, as a DofE ambassador, she can help further discussion on these important subjects and reach out to others in need of support. 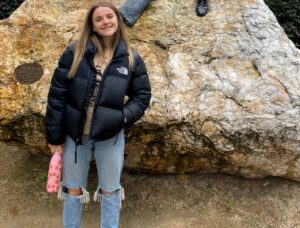 Lacey completed her Silver DofE last year and received her Certificate of Achievement. She’s grateful that through her DofE, she could try something new and realise her love for being on stage, she now goes to musical theatre class every week. Lacey is extremely passionate about the environment and animals and as a Youth Ambassador she wants to look at how the DofE can become more environmentally-friendly and positively impact society. 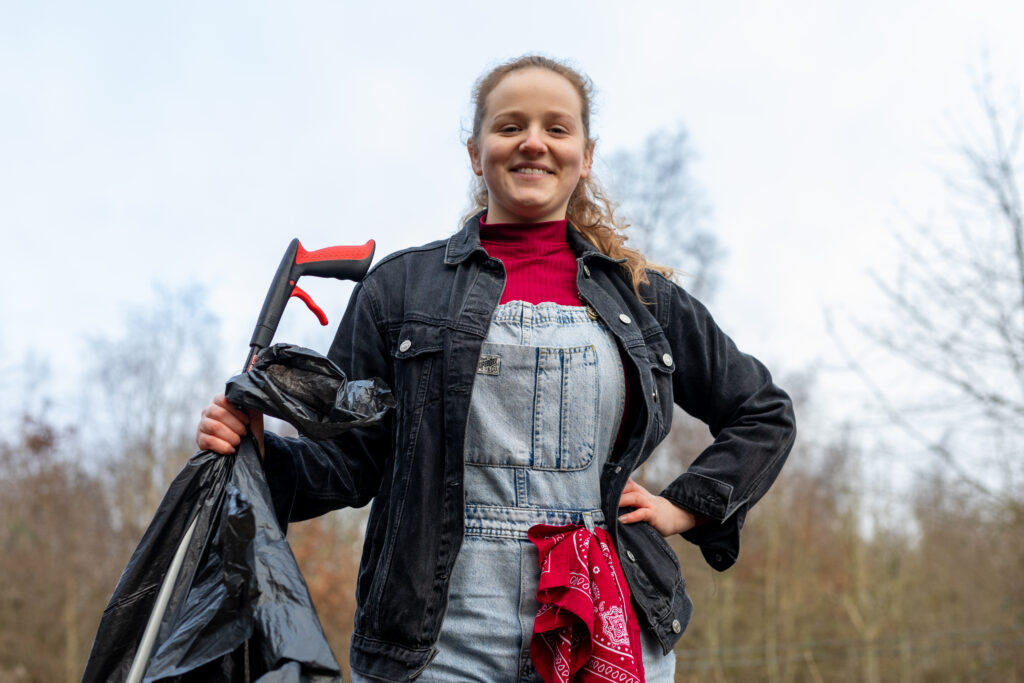 Megan achieved her Gold Award in 2018. She was diagnosed with rheumatoid arthritis last year but is gradually learning how to manage it and is determined not to let it stop her from pursuing her dreams. Megan strongly believes that young people need to keep being passionate about certain issues, whether it’s politics, the environment or mental health. She hopes that by becoming a Youth Ambassador she can help to give young people a voice. 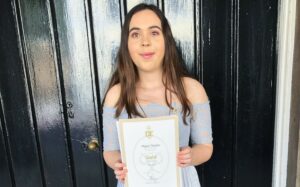 Anna is a Bronze, Silver and Gold Award holder and says DofE was one of the most beneficial things that she has ever done, teaching her about resilience, teamwork and giving her a real passion for volunteering within her community. She hopes her Ambassador role will enable her to inspire other young people to have their own DofE adventure and show them that the opportunities they can gain and lessons they can learn will, in her experience, be invaluable. 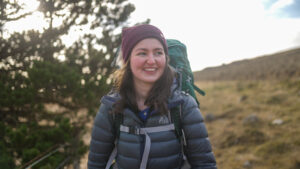 Amy’s greatest DofE joy has come through volunteering for Riding for the Disabled where she started mucking out and grooming horses before becoming a walker, being on hand to help those in the saddle. It is there that Amy has found a sense of purpose in helping others and a second family amongst the other volunteers and visitors at the stable. She believes the DofE was a second chance for her and by setting goals and staying productive. 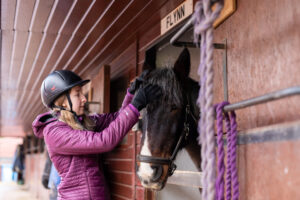 As a Bronze, Silver and Gold Award holder Alice is passionate about the DofE and believes taking part in her Award changed her life for the better as it allowed her to grow in confidence and helped her discover what she waned to do as her career. Alice wanted to become a Youth Ambassador to inspire young people to be the best they can be and helping them to realise they can overcome any challenges and realise their potential. 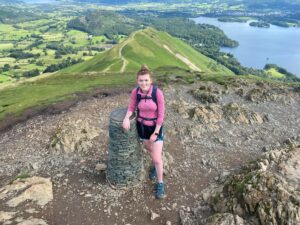